In 2006, Donald Montgomery (known to everyone as Monty), gave up being a Canadian school teacher, laced up his hiking boots and ventured out on a backpacking adventure in Nicaragua. The result of this adventure was the inception of Monty’s Beach Lodge, fostering the mission of sustainable tourism, whereby all profits from vacation stays would benefit the local community.

Monty’s Beach Lodge employs locals, has helped set up a large-scale housing project for people to escape extreme poverty, created services such as a health centre, a community centre, a school for English lessons, a trade school, a women’s cooperative, and established a soup kitchen for residents living in a nearby garbage dump.

Monty allows visitors to contribute with their professional talents. Dentists, doctors, nurses and veterinarians donate their services during their stays. Fire trucks and ambulances were shipped in from Canada through associations such as Global Fire and Global Medic.   and trades such as potters and hair dressers train locals in obtaining skills through which they can sustain their livelihoods in the future.  The list goes on.

Students and faculty of the School of HRT were among the many privileged people who were given the opportunity for social involvement and to experience sustainable tourism development first hand, and we even benefitted from internship opportunities.  We accomplished the funding and building of two homes that two families who were in need can now call their own.

Last year, Monty was one of two key speakers at a mini conference in honour of the UN’s Year of Sustainable Tourism for Development, organized by the faculty of our tourism program at the School of HRT.

President Whitaker, Mr. Gray, it is with great honour and pleasure, that we ask you to confer upon Mr. Don Montgomery, this Bachelor of Applied Studies degree.
HANDSHAKE PHOTO
I now invite Mr. Don Montgomery to address the class of 2018.

Some photos from monty's visit

The pictures below were taken during his visit.  He had flown in from his home in British Columbia and stayed at a hotel nearby the airport.  I took him on a tour of Toronto and we got to visit our retired colleague, Mary Lendway, who had first met Monty during a Semester at Sea program, and introduced him to Humber a few years ago.  The other pictures show him during a family dinner in my backyard, him and I practicing our parts for the following day's celebration, and two of his personal guests. One a side note (I always take note of these things) can you tell Monty and Rudi were dressed the same?  Both blue suits and brown shoes? They got their style game all figured out and told no one! :) 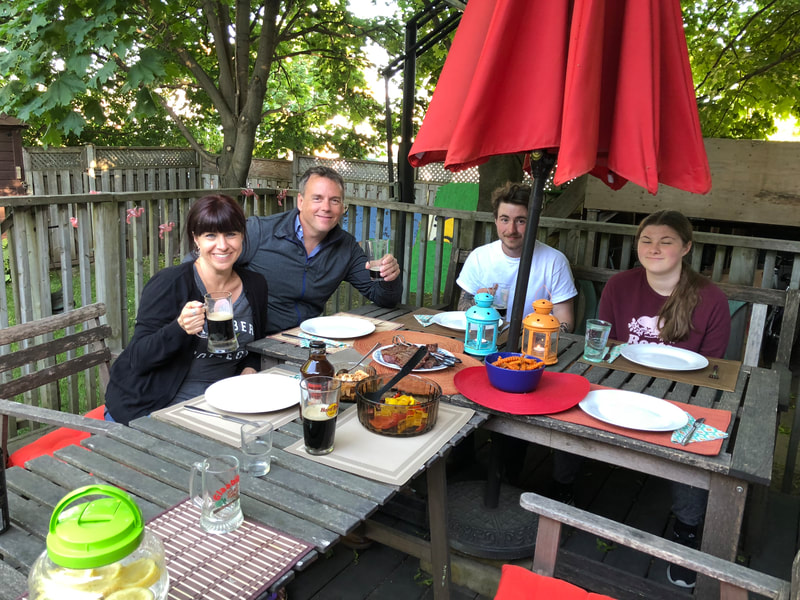 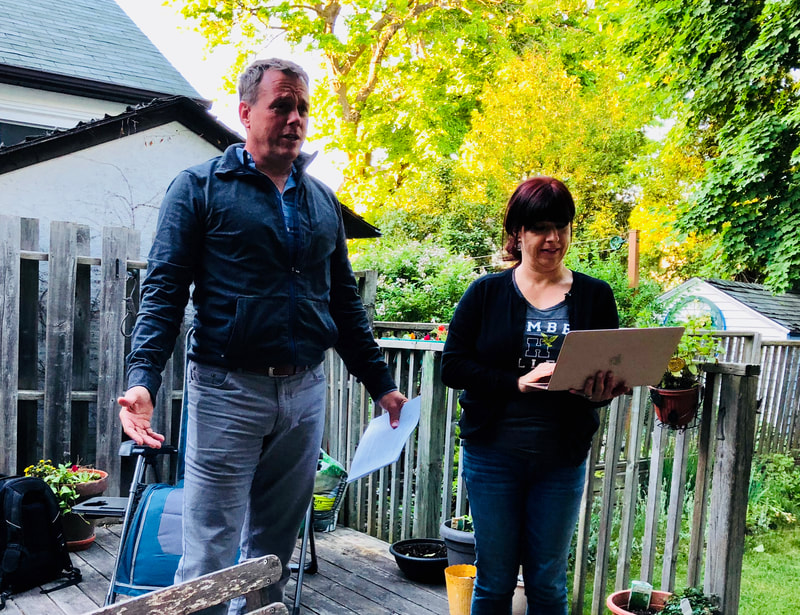 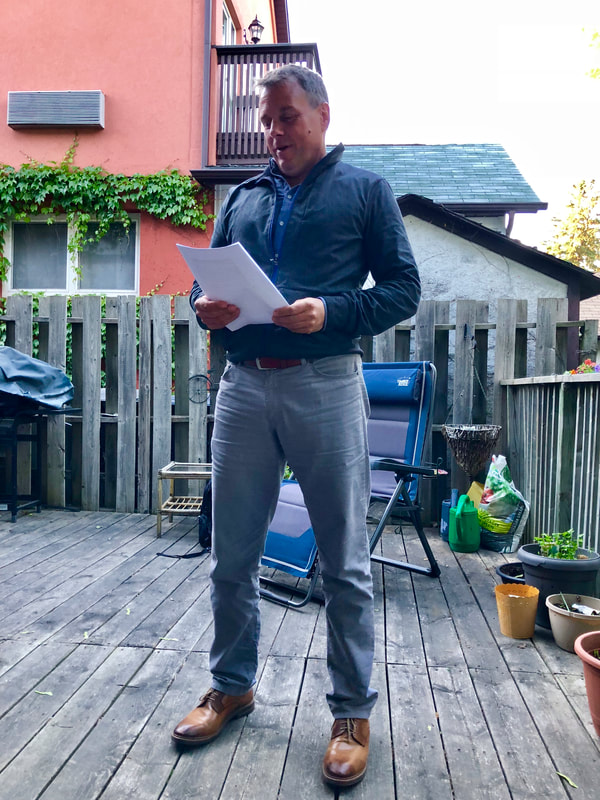 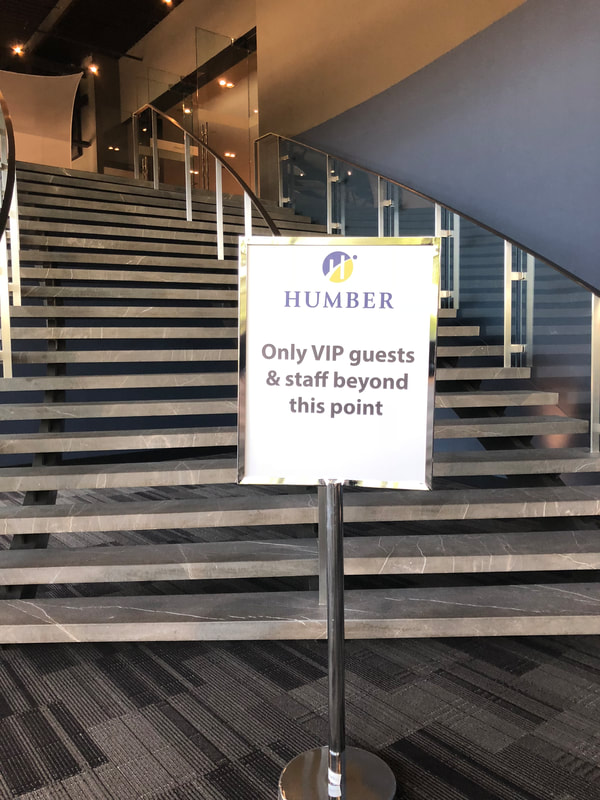 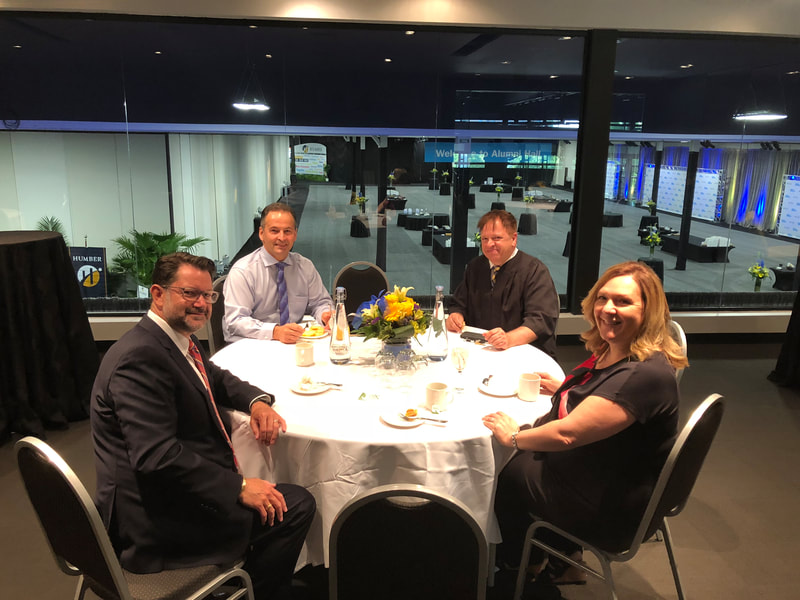 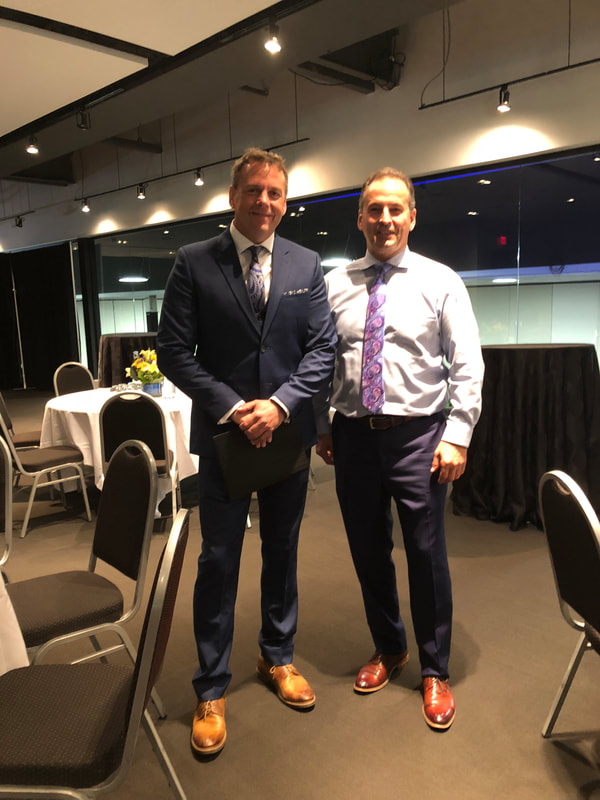 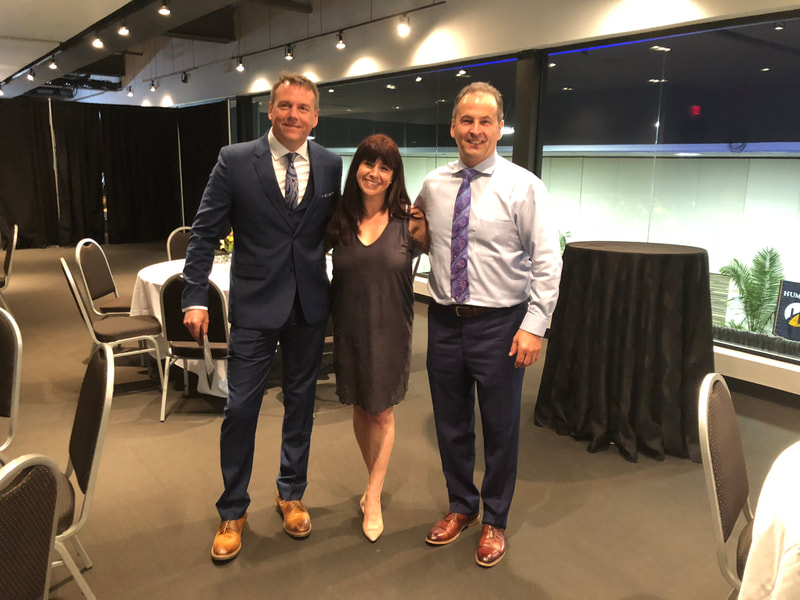 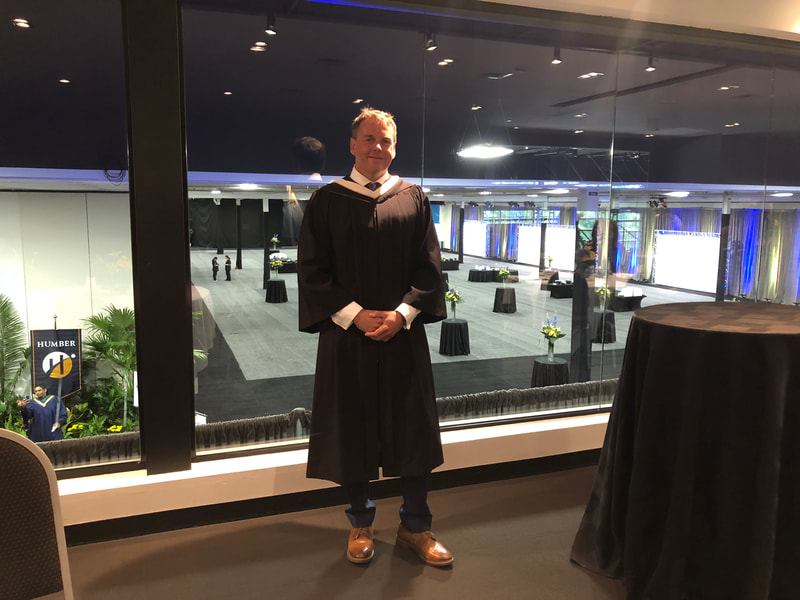 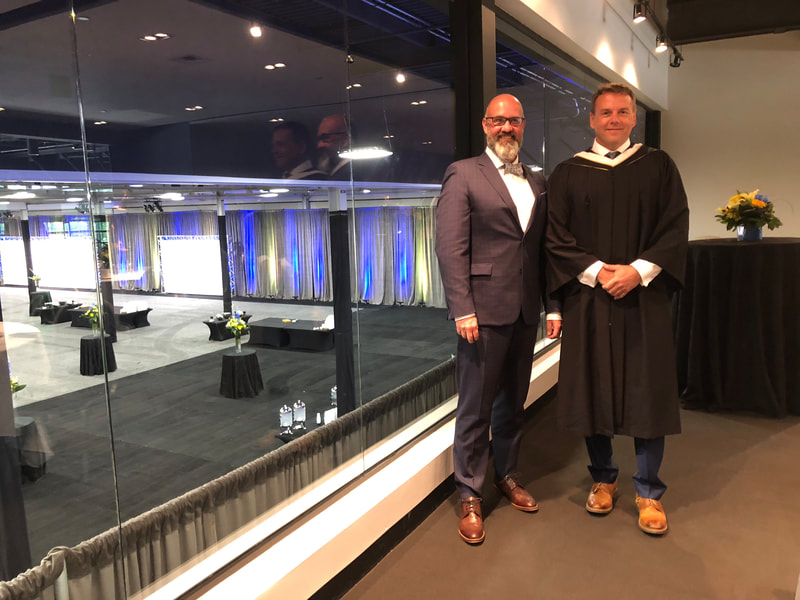 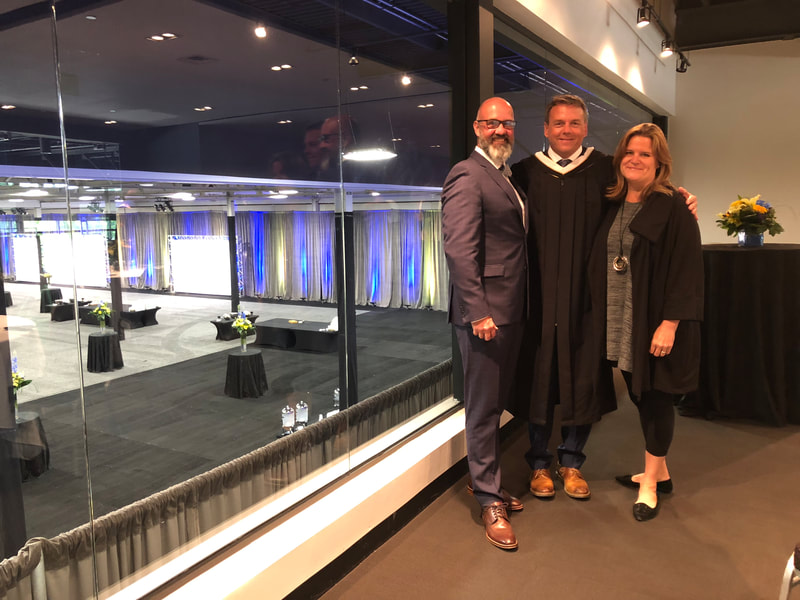 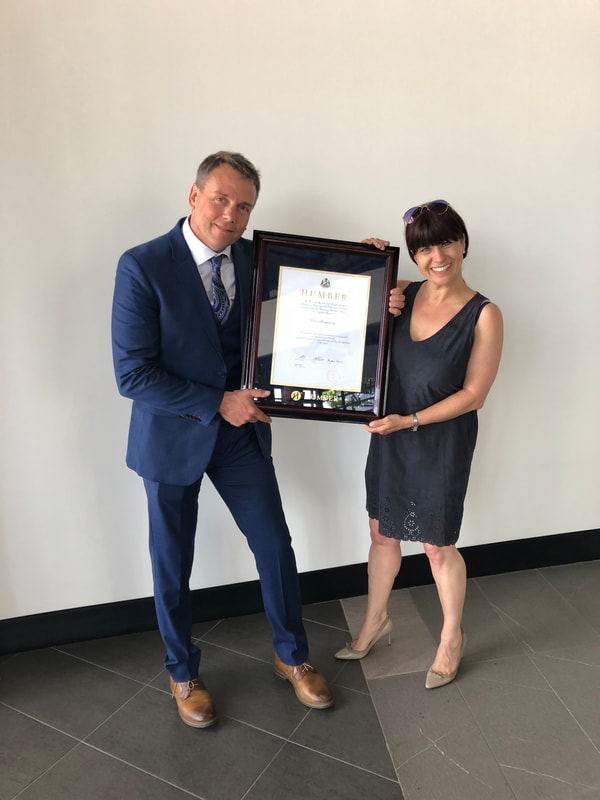 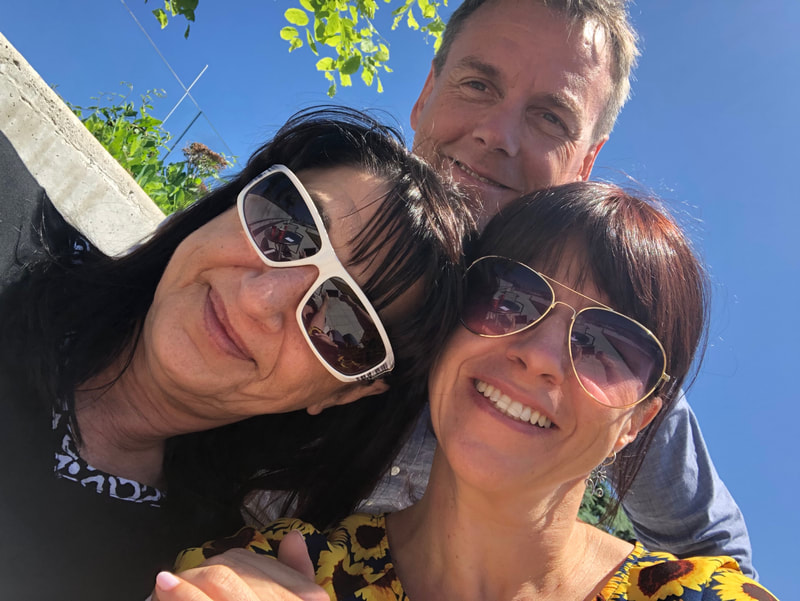