The Canadian Lifesaving Society says that immigrants are four times more likely to not know how to swim than people who grew up in Canada.

Unfortunately, the tragic drowning death of one of my students proved this point in the late summer of August 2015.

If you think about it, the "Canadian experience" that many from afar and locals alike come to seek, more often than not plays out either beside, on or in water.  Think pool parties, canoeing, water skiing, ice fishing, swimming, tubing, etc.

The time we usually are reminded about the fact that someone may not be able to swim is when the need arises.  Often people may even feel intimidated when they notice that they are the only ones unable to participate.  They may not voice their predicament and therefore put themselves into danger, with others oblivious to their needs.

The time to think about water safety is during the off season, so one has plenty of time to practice and prepare without pressure.

We have 4000+ students on campus, and a City of Toronto run community pool.   For this project, I put two and two together and created a program that raised awareness not only among international students, but also the Humber Community, other post-secondary institutions and the local media..

All students shown in pictures have agreed to be photographed and for the photographs to be used in our promotional material. 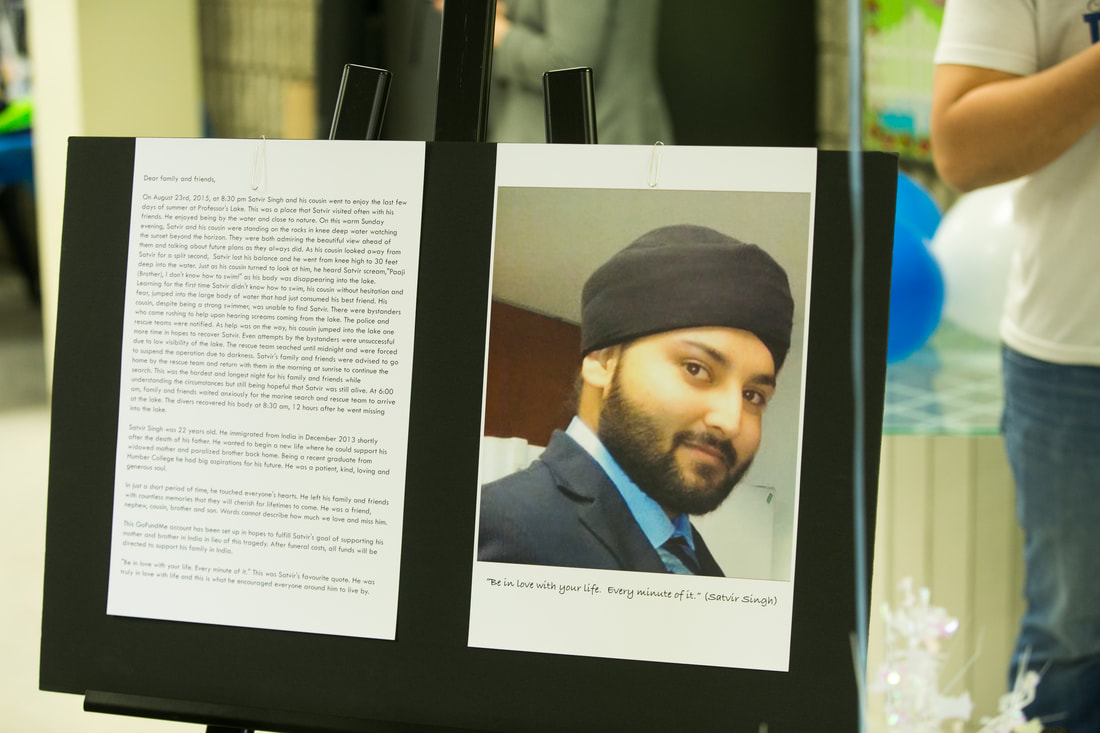